Meet Harald, our General Counsel! Enjoy his exciting story before joining us at Marketer.

To get a better understanding of you, name three items you would bring with you on a deserted island:

First of all, I would bring my favourite book Papillon by Henri Charrière. I have read it three or four times before, but it is just brilliant and worth another three or four reads. Incidentally, it would also be a great source of inspiration in my later contemplations as to how to escape this island. Secondly, I would bring a huge crate of really good wine, seeing that wine is one of the three key elements to a good life, and that life is - I have heard - too short to drink poor wine. Third, I would bring a complete toolbox. It's always fun to tinker and build things, and as I am quite handy (at least in my own eyes), good tools would be a prerequisite when I, after reading, relaxing and drinking good wine in the sun for some time, decided to construct a vessel to take me out and bring me home to Marketer.

Harald has spent most of his career as a transaction lawyer, with law degrees from both Norway (UiB) and the US (UPenn). On top of this, he has always had a love for finance and economy, which is why he has a business degree from the US (Wharton), an MBA in finance from NHH, and has completed the acclaimed AFA programme becoming an Authorized Financial Analyst.

His career began as a lawyer in the city that never sleeps, New York. He was there for two years, as well as in DC and Philadelphia for another two years. He returned to Norway due to the global financial crisis in 2008. As he was used to high-paced New York at the time, he decided to settle for Oslo over this hometown Bergen. Since then he has been head-hunted by several of the most reputable law firms within the transaction space, providing him with plenty of reasons to remain in the capital.

So what do you prefer Harald - Oslo or New York?

That's a very hard question, and it's almost impossible to compare. Living in New York is a bit like living in a movie – there is a never-ending cultural offer, such as concerts and culinary experiences. The life there is very fast paced, which is exciting in its own way. Since I have a huge affection for outdoor recreation (being from Bergen, I need my mountains), the pavement jungle of New York didn’t quite do it for me in the end. I have grown to really like Oslo as it offers everything from skiing slopes/tracks, woods and beaches.

How has the first week at Marketer been?

Exciting! It has been extremely rewarding to experience the pace and drive of the company and the people. I find Marketers' journey very fascinating, almost like a success story told in blissful hindsight, yet with the best to come. Even though it's a start-up, the company has in a very short time been able to pass a lot of inherent obstacles and insecurities common to the venture phase, and it captivates me that the team, which looks so extraordinary collected and qualified, seems to over-perform on all parameters week after week.

As it is a completely new environment and product for me to grasp, it can also be a bit intimidating at times. This is the first time in 13 years I am not working in a law firm. At Marketer it's so much more dynamic and non-hierarchical, whereas in a law firm everything is very compartmentalised. I have already met so many thoughtful and skilled colleagues here, and I enjoy the difference between the people, from age to appearance. There are not just a few bright stars in this company, there are plenty!

What does your role involve?

The easiest way to explain it is to divide it into four parts. My first and main task is to manage and strengthen the company’s contract portfolio, which entails strategizing, negotiating and finalizing all commercial agreements. Secondly, I am responsible for most corporate matters, such as for example planning and implementing capital changes, and liaising with other lawyers and the stock exchange. Third is the governance part; making sure that the company and employees are doing their job correctly, or should I say make sure nothing inadvertently is done incorrectly. Lastly, I will be a sort of legal/commercial sounding board and discussion partner for the management and administration.

On the outside, Harald looks like the “typical lawyer” - very sharp and professional. However, as you start speaking with him, you will soon also appreciate his “human” and friendly personality. Sticking out from his dark blue suit is a surprising, homemade pearl bracelet in the colors blue, green, and yellow. It has the letters “E” and “A”, which stands for his partner and daughter.

Who are you outside work?

I would say I am the most social one in my group of friends, and one that actively takes initiative. I really enjoy having good people around me. As I said earlier, I am very fond of outdoor recreation. If I was to pick a main sport it would be skiing, both cross-country and downhill. However, I am definitely not the Northug equivalent you often see or hear hissing by, yelling at people going too slow or who messes up the tracks - for me, it’s just for the fun of it (even though my claim to fame was becoming the Hordaland youth state champion in both slalom and giant slalom). Other than that, I enjoy the whole experience around making proper meals along with good company.

Back in 2006, I jumped out of an airplane riddled with bullet holes at almost 13,000 feet over Cuba, wearing a guerilla combat suit and no identification. 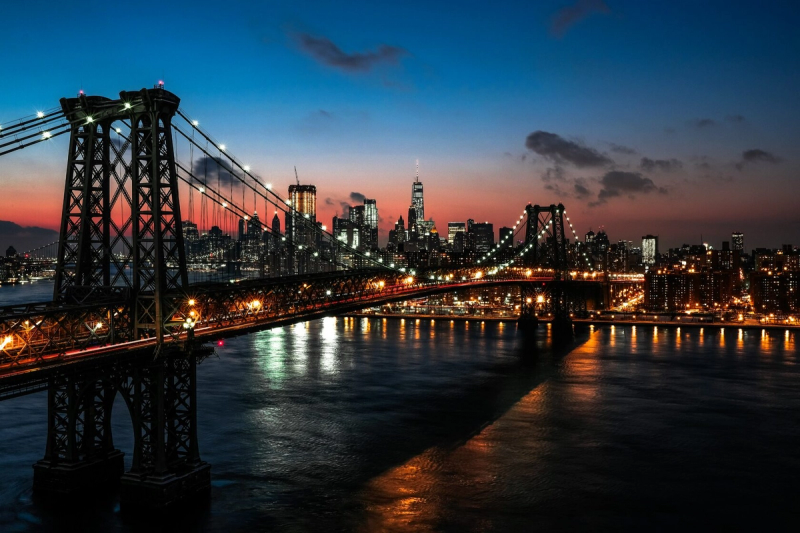